The Analytical Abilities of the COT Report

In the week to December 18th, CFTC data reported a sizeable drop in aggregate USD net-short positioning against G10 currencies, which fell by $2.2bln to total $27.56bln. The predominant factor behind this had been the $2.1bln unwind in net Euro longs as gross shorts saw a marked increase. However, while speculators have reduced their bearish bets in the greenback, the overall trend in the USD has remained tilted to the downside in light of a dovish Fed and continued optimism about a global recovery in 2021.

Across the safe-haven currencies, the Japanese Yen saw net longs pullback by $480mln as outright shorts begin to pick-up. However, a turnaround in USD/JPY is likely to be dependent as to where US yields head towards and given that the 10yr has yet to break 1%, upside in USD/JPY has been capped. That said, with Japanese PM Suga reportedly telling the Japanese Finance Minister to make sure USD/JPY does not cross 100.00, there looks to be a limit as to how low USD/JPY can go.

Elsewhere, speculators had reduced their exposure (-$135mln) in GBP given the tedious EU-UK trade negotiations. As evidenced by this morning’s price action, given that investors are slightly long GBP, pullbacks in spot GBP have been notable. Alongside this, with London lockdown measures now in tier 4 even if there were a Brexit deal, the domestic outlook remains soft.

Commodity currencies were better bid as NZD longs extended further, open interest now at +30%. However, given the full-repricing of negative rates, which are now not seen next year, upside in the NZD may be hard to come by, particularly against the CAD and AUD. 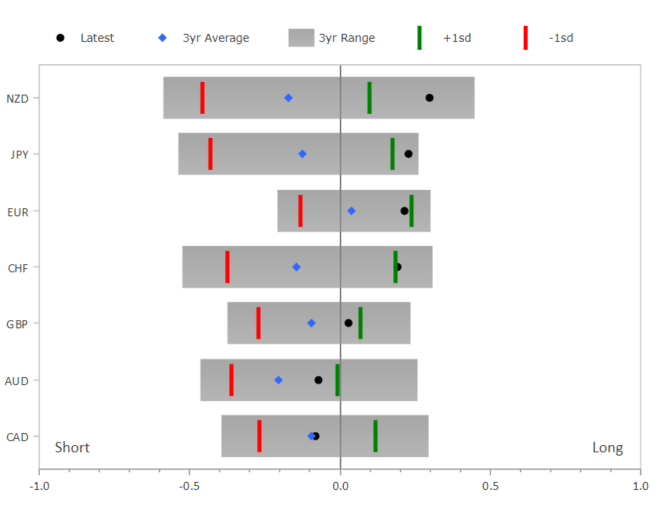 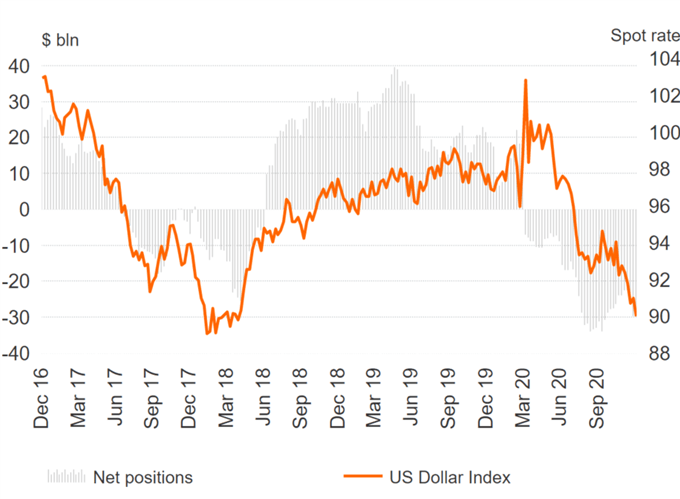 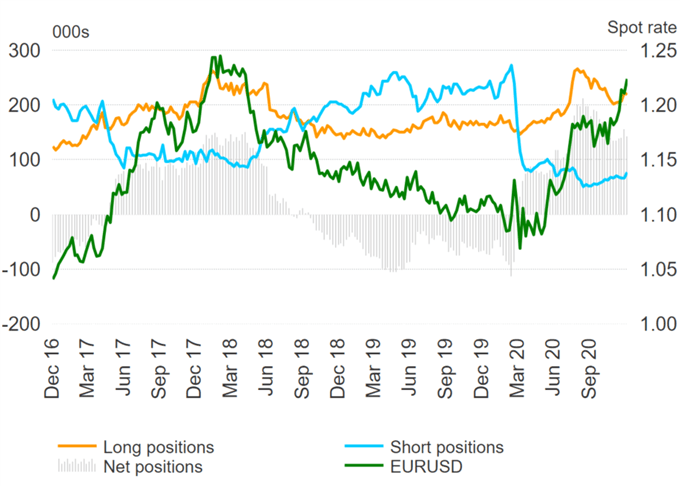 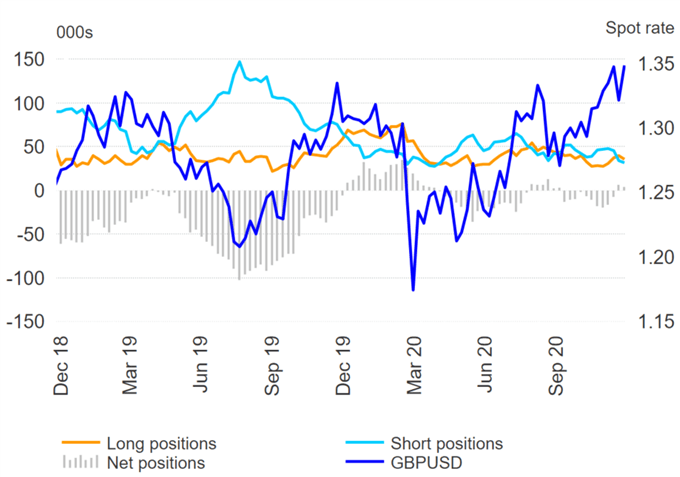 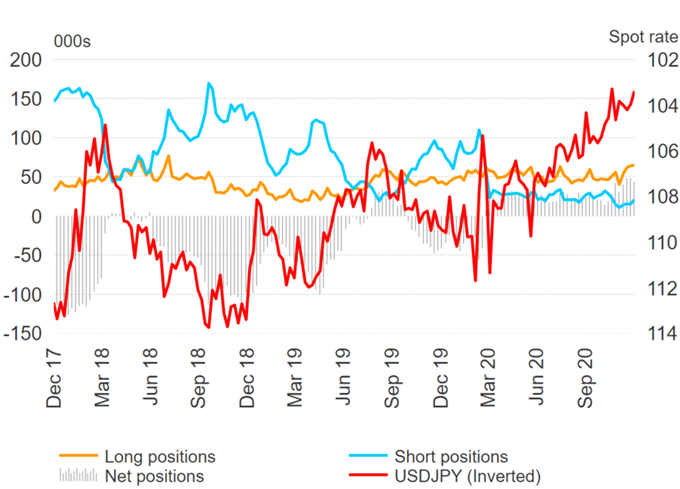 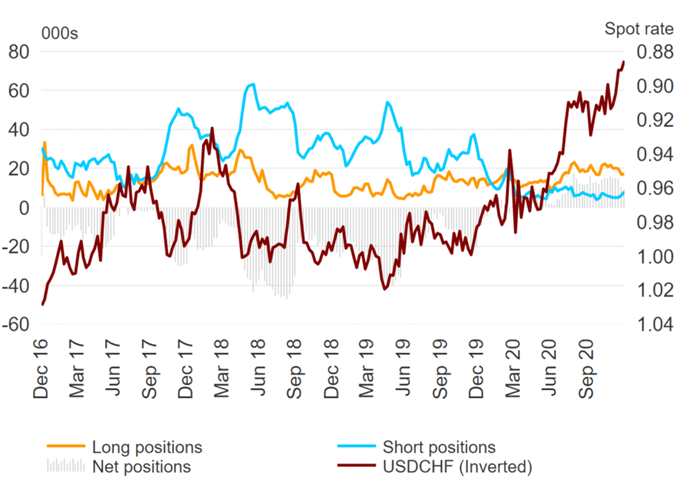 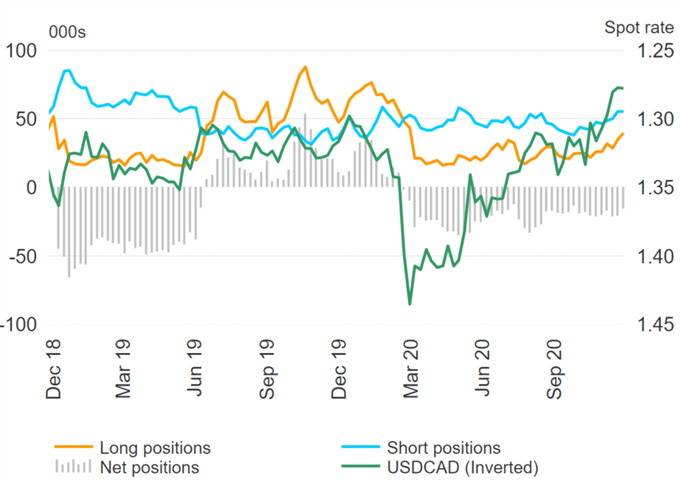 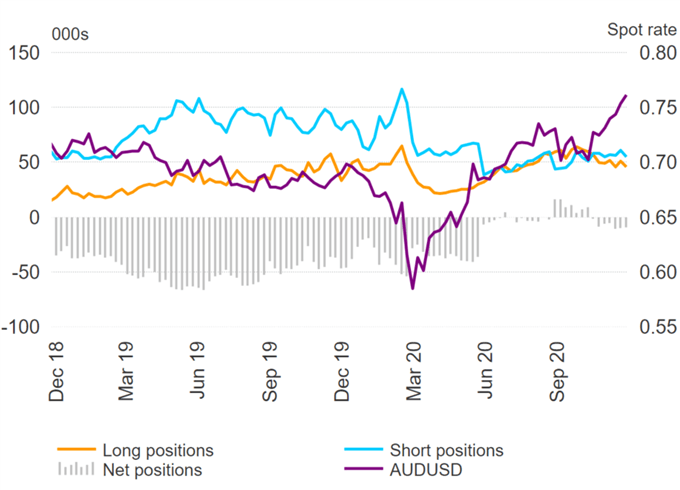 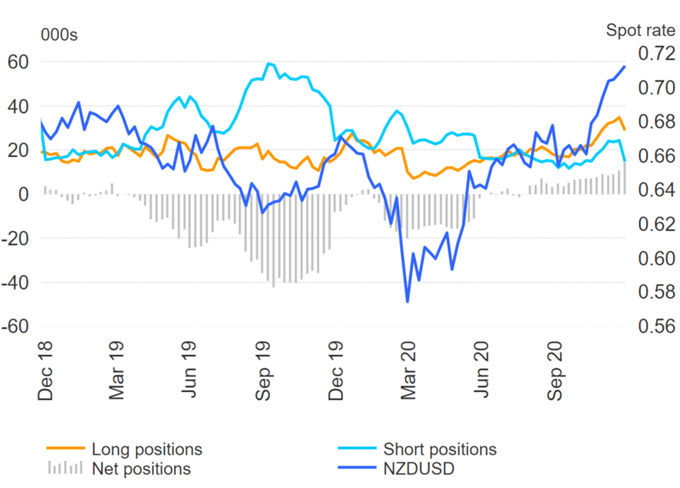