Once again, another volatile week for GBP/USD albeit closing on a high note. While differences remain in current negotiations over key areas (level playing field & fisheries), there are signs that a deal is becoming increasingly likely with markets awaiting the outcome of talks between UK’s Johnson and EU’s Von Der Leyen. On initial thoughts reports of the meeting taking place is somewhat reminiscent of last year’s high level political intervention between Johnson and Varadkar to reach a deal on the Withdrawal Agreement.

Get the Global Risk Event Calendar for October 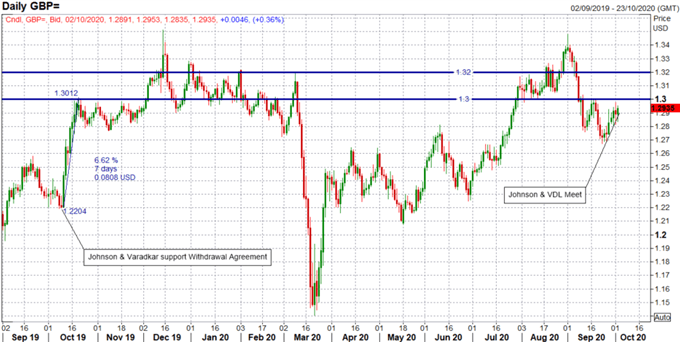 Choppy trading in EUR/GBP, however, despite finding support at 0.9025, the cross continues to head lower as the mood music regarding Brexit grows ever more positive. With near-term support situated at 0.9026 (100DMA), a break below would provide confirmation that the September high at 0.9300 was the peak, signalling that losses can extend towards 0.8950, with 0.8860 ahead. Moves higher have stalled at 0.9155, which looks set to remain firm in the short-run. 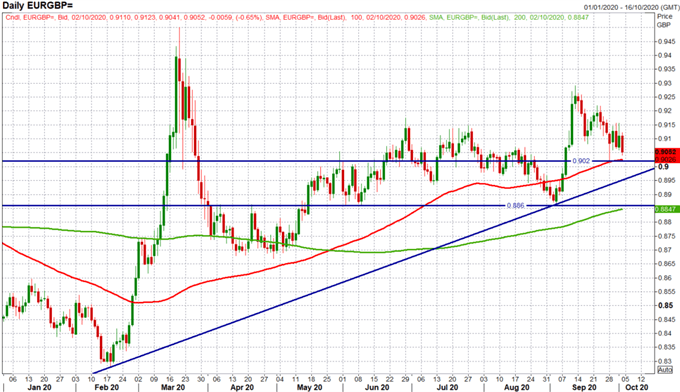