Investor positioning changes into the US Election saw speculators reduce their bearish exposure in the US Dollar with net shorts cut by $2.5bln. This had been largely driven by the liquidation in bullish Euro bets, which had been slashed by $2.39bln as lockdowns across Europe weighed on sentiment, while safe-haven flows curbed USD losses. However, with Biden the winner of the election, these flows had likely begun to reverse amid the relief rally.

Elsewhere, election uncertainty had also seen flows into the Japanese Yen as net longs rose by $1.22bln. However, with much of the election risk now out of the way, risks may be tilted towards a reversal in USD/JPY given that Japanese Officials are beginning to highlight there concerns with the recent Yen appreciation.

Investors had moved back into neutral territory following a $728mln reduction in net longs. Keep in mind that the Aussie also had RBA risk, whereby the central bank cut rates to a fresh record low of 0.1% from 0.25%, while also announcing QE through purchasing bonds further down the curve (5-10yrs). NZD positioning had been left unchanged, however, with the Kiwi hovering near YTD highs, the RBNZ may look to curb its rise and thus look for a pick-up in AUDNZD.

Sentiment in the Pound had deteriorated slightly with net shorts picking up by $373mln. Brexit talks have failed to resolve key issues, namely fisheries and level playing field ahead of another soft deadline on November 15th. That said, while my base case remains that a deal will be eventually reached, currently GBP/USD level is somewhat elevated given that Brexit and COVID risks remain. 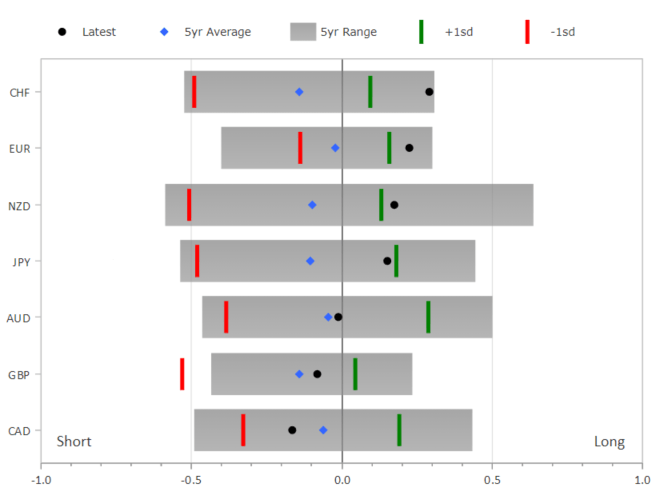 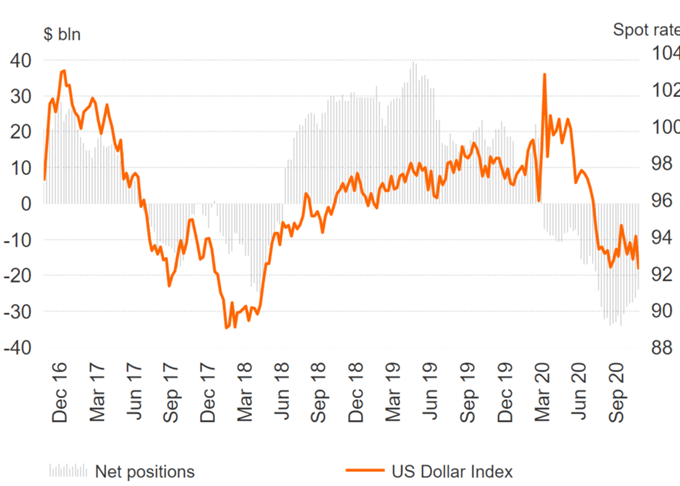 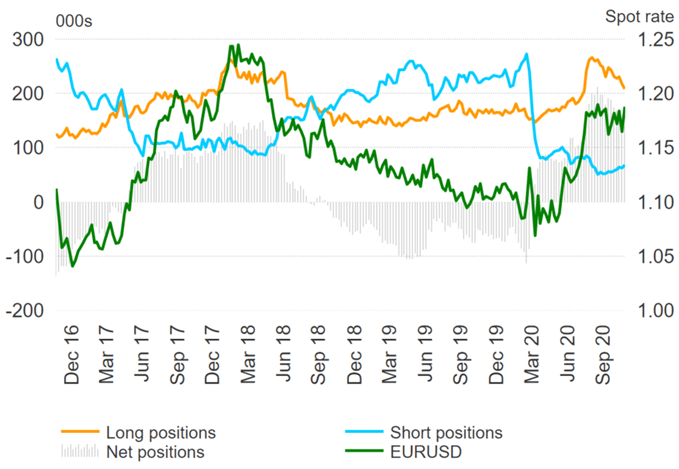 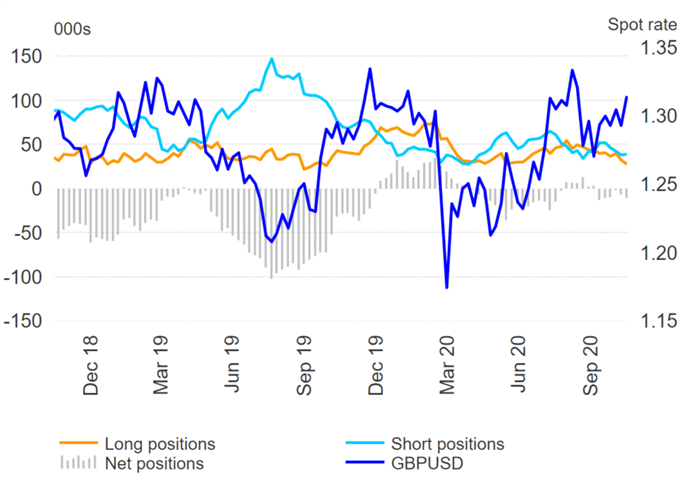 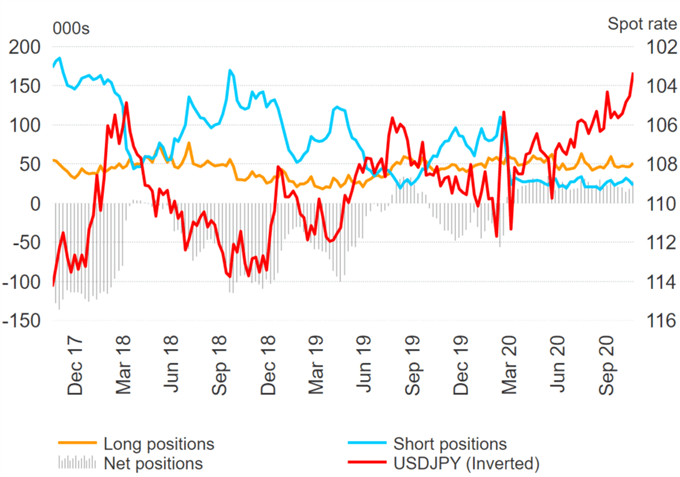 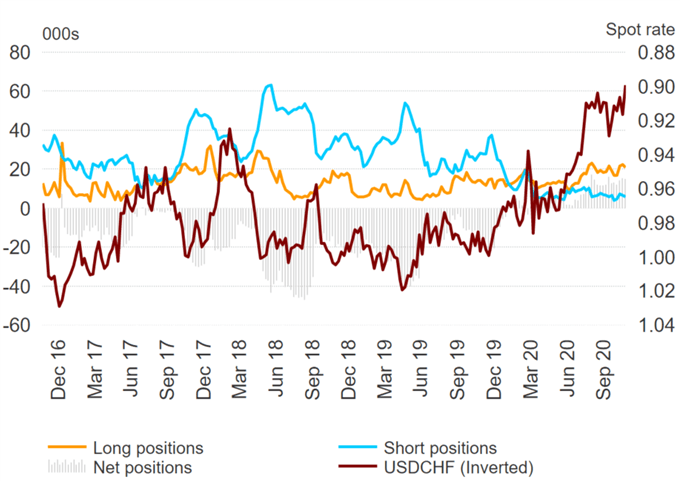 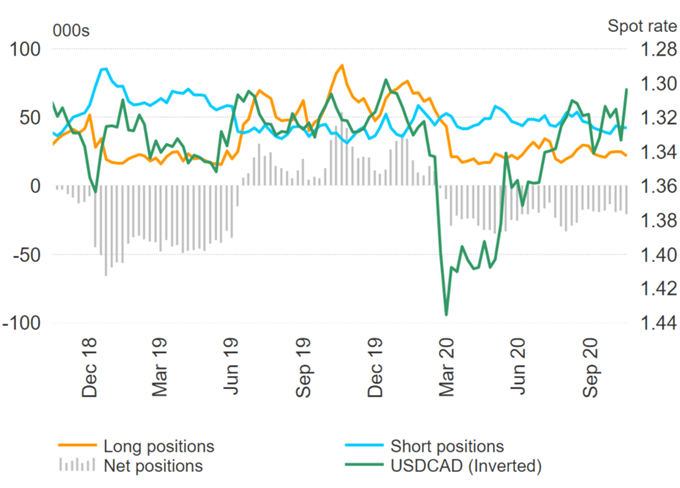 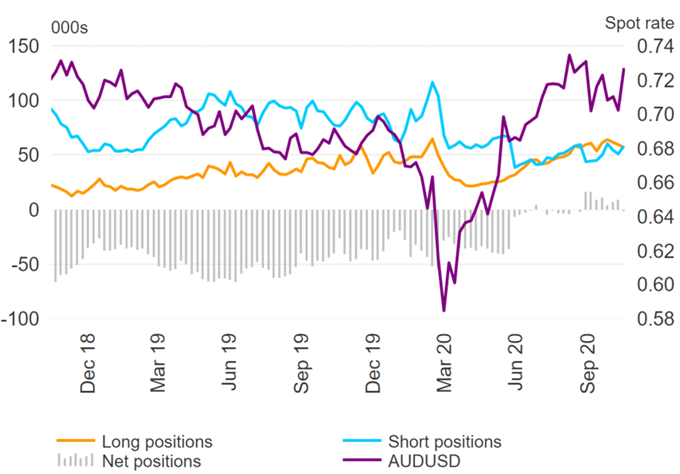 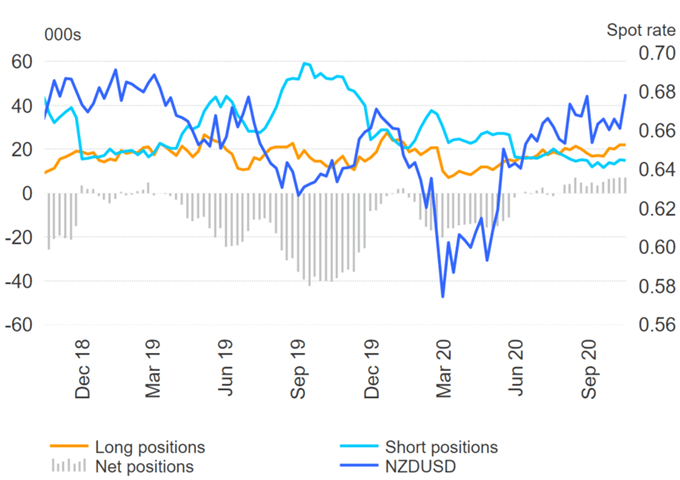 British Pound Outlook:After a strong run higher, the British Pound may be due for a period of pullback, if...