Tug of War Between the Two Vs (Virus & Vaccine)

This week has largely been characterised as a tug of war between two market narratives. One being that encouraging vaccine studies gives us the feeling that there is an end in sight. The other being the current reality regarding the surge in virus cases across the US, which has led to renewed restrictive measures. In turn, markets have been somewhat directionless with gold quietly consolidating.

Since the first announcement of a vaccine (Nov 9th), gold has failed to reclaim the $1900 handle with the precious metal finding itself hovering around the bottom of its recent range again. In recent weeks sentiment for gold has also softened with funds cutting net longs to its smallest level since March 2019, while retail has also shed exposure as ETF holdings drop. 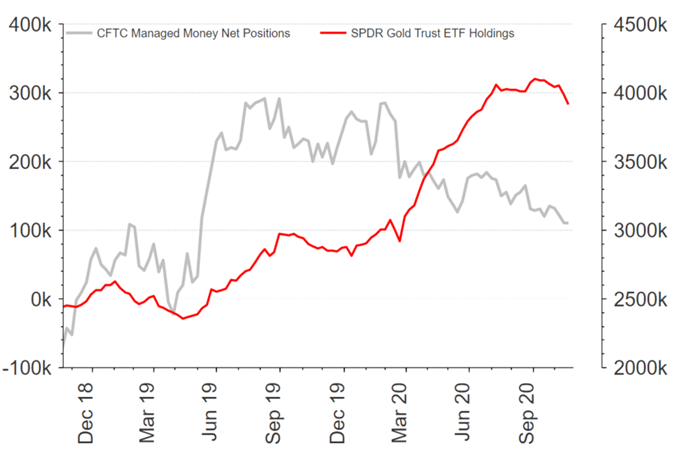 Gold Coiling for a Break-Out

Taking a closer look into technical set-up, gold looks to be coiling up for a break-out. Multiples tests of support at 1845-50 have so far held, while bounces backs have been getting more and more shallow. A downside break of 1845 raises the risk of a sharp move towards 1800, however, while the short-term risks are soft, with the Fed reiterating that markets will remain awash with liquidity despite recent vaccine updates, the longer-term outlook remains favourable. To that end, the direction for the precious metal will in large part be dictated by real yields. 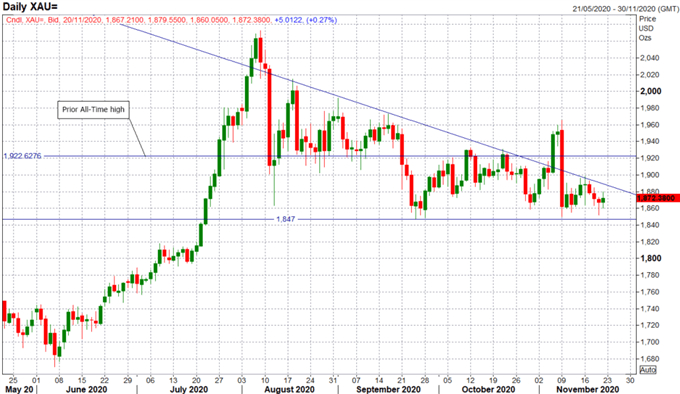 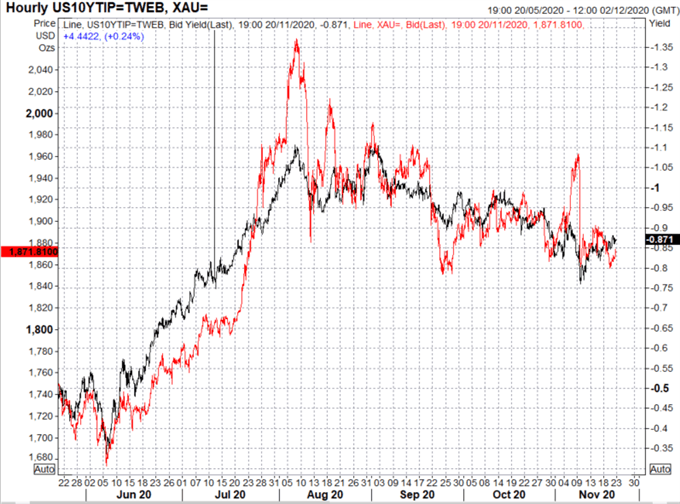 Chinese Yuan, Canary in the Coal Mine? Setups in EUR/CNH, USD/CNH

Chinese Yuan Outlook:The turn in CNH-crosses in late-February harkened the tumble in equities.EUR/CNH rates haven’t been climbing, and in...

US Dollar Technical Forecast: Bullish The general consensus coming into this year was for a continued combination of equity...