Euro Bulls In Control, US Dollar and GBP Selling Picks Up

Euro Bulls In Control, US Dollar and GBP Selling Picks Up– COT Report

In the week to June 23rd, investors had once again boosted their net short exposure to the US Dollar as bearish bets rose $1.2bln against G10 currencies to a fresh 2yr high of $16.3bln. Selling in the greenback had been largely broad-based, while the bulk of the positioning change had been against the Japanese Yen.

Aside from the US Dollar, the Poundhad also been out of favour as investors raised net shorts by $192mln to $1.45bln. Political uncertainty remains a headwind for GBP as both the EU and UK race against the clock to agree on a trade deal by the end of the year. Alongside this, given that the UK has lagged its counterparts in easing lockdown measures, the recovery path for the UK is relatively slower, most notably against the Eurozone, thus supporting EUR/GBP higher.

Across the commodity currencies, bearish bets in CAD, NZD, and AUD had been reduced with the latter showing the smallest net short since April 2018. However, with shutdown risks resurfacing amid a notable rise in COVID cases, given that positioning is somewhat cleaner in both the AUD and NZD, a turn lower in risk sentiment could pave the way for a larger fallout in both currencies.

Sentiment for the Euro improved once again as bullish bets jumped $249mln to $16.74bln. While this has been helped by the broad pick-up in risk appetite, the outlook remains weak and thus emerging signs of a hit to the growth trajectory could see upside capped as Euro bulls head for the exit. That said, eyes for the Eurozone will be on the summer showdown with Germany and France looking to get the frugal four on side to support the recovery fund proposal. 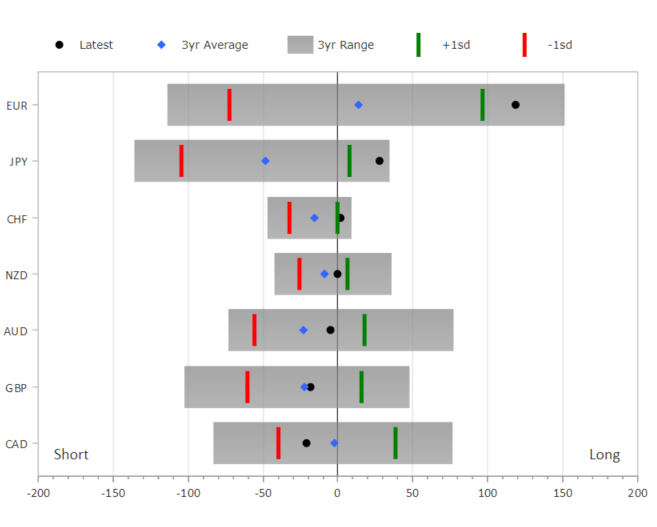 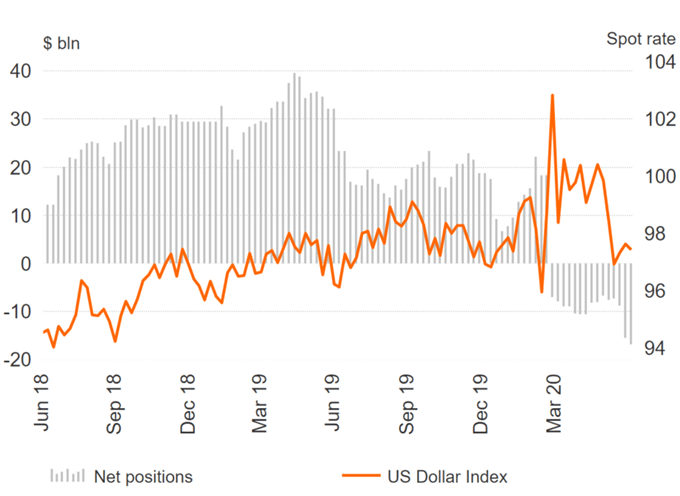 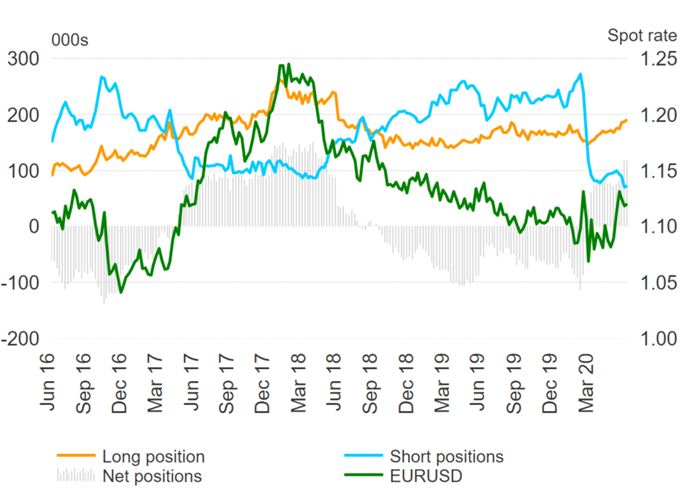 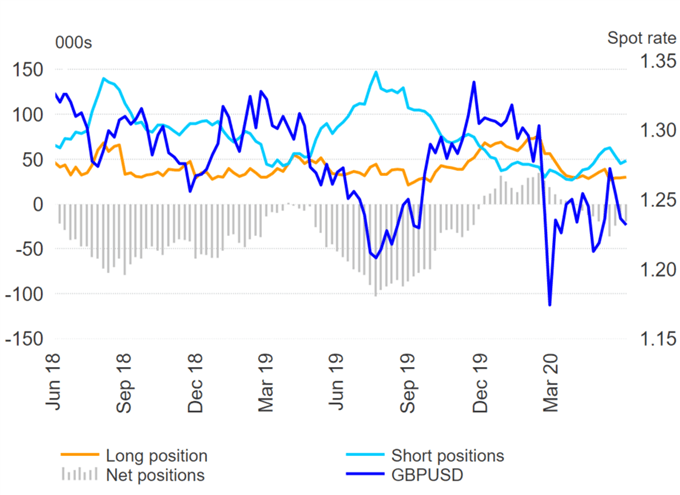 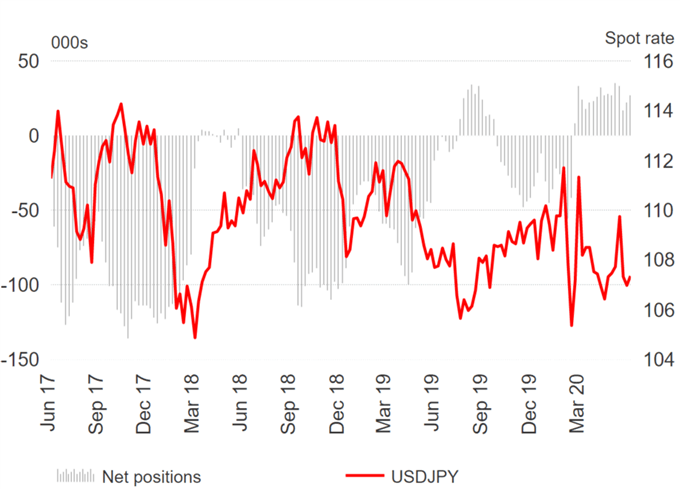 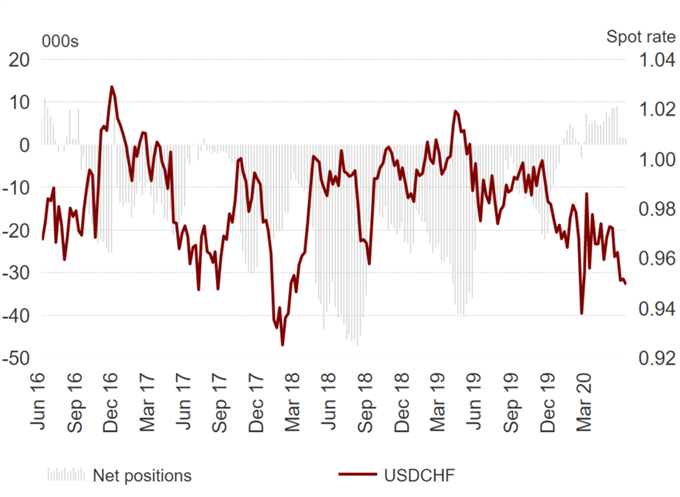 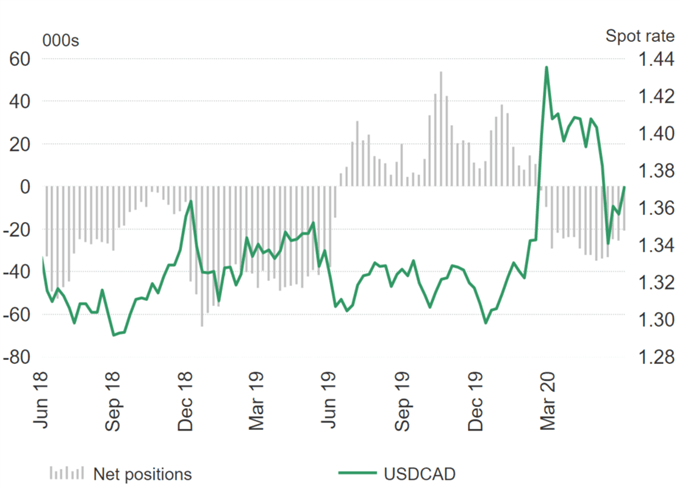 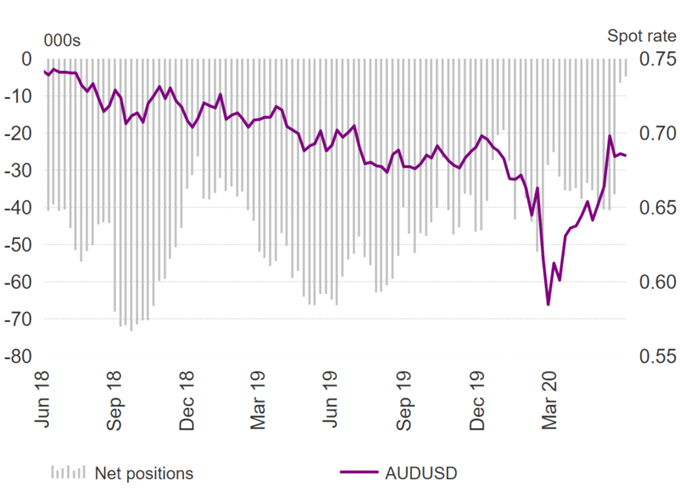 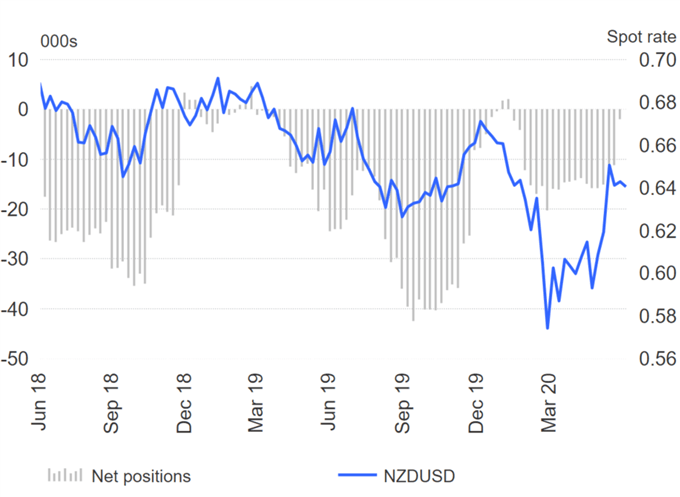