In the week to October 27th, speculators had continued to unwind their bearish positioning in the US Dollar as net shorts were cut by $1bln against G10 currencies. Majority of this positioning change had been tied to the cut back in Euro net longs ($1.5bln), which is now at the lowest since late July. Sentiment in the Euro has deteriorated amid renewed national lockdown measures across France and Germany, which in turn looks to prompt a contraction in Q4 growth, while the ECB is set to boost QE at the end of the year. That said, the near-term focus remains on the US election, which will drive FX.

The Pound had been the other currency sold against the US Dollar, which had tracked the Euro lower. However, while positioning is slightly net-short, Brexit negotiations remain a key factor for the near-term trajectory in the currency. In turn, with markets remaining cognisant to the fact that a deal is possible, investors have refrained from adding notable short positioning.

Positioning in the Japanese Yen were supportive with net longs showing a $460mln increase as market uncertainty picked up. USD/JPY also remains the preferred US election hedge. Elsewhere, investors had piled into pro-cyclical currencies with AUD and NZD showing a slight extension in net longs, while the Canadian Dollar saw a slight easing of net shorts. However, the Loonie does remain hampered on lockdown risk with oil prices weighing on sentiment. 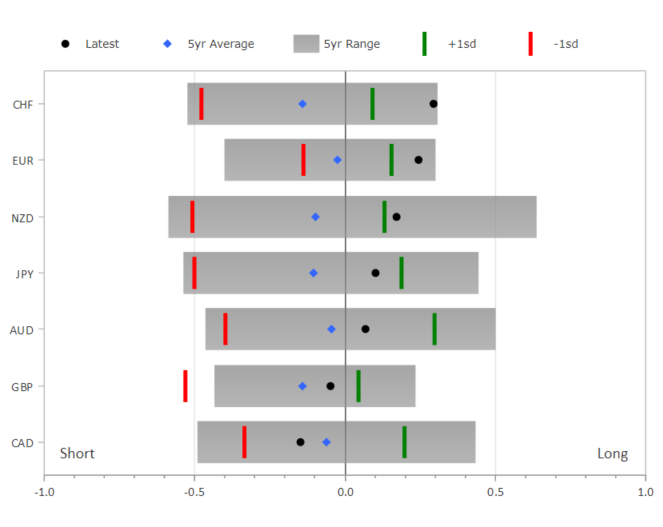 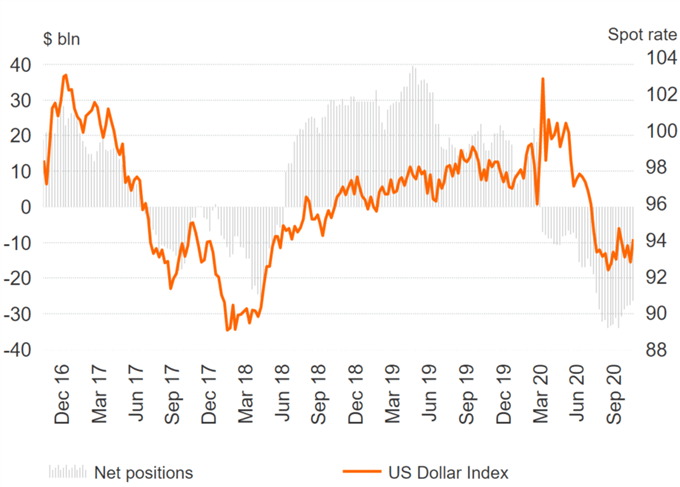 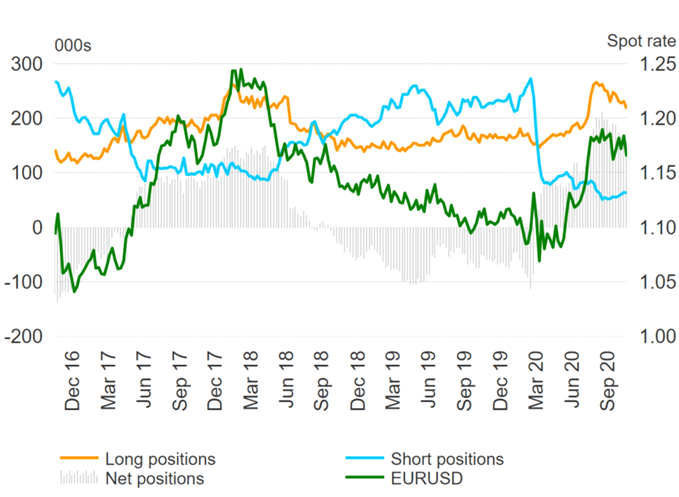 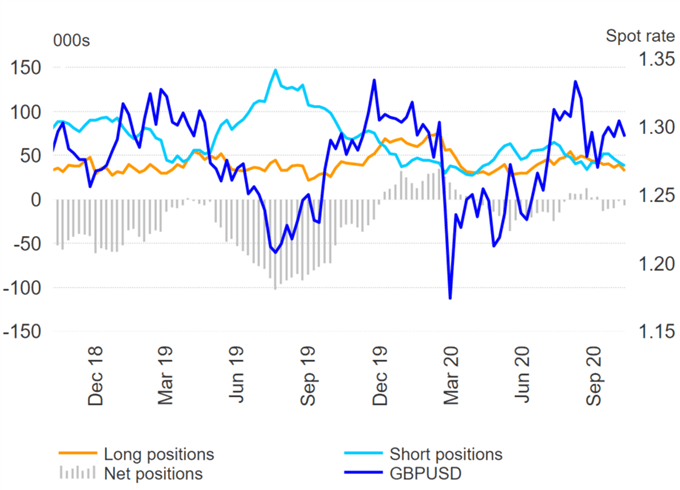 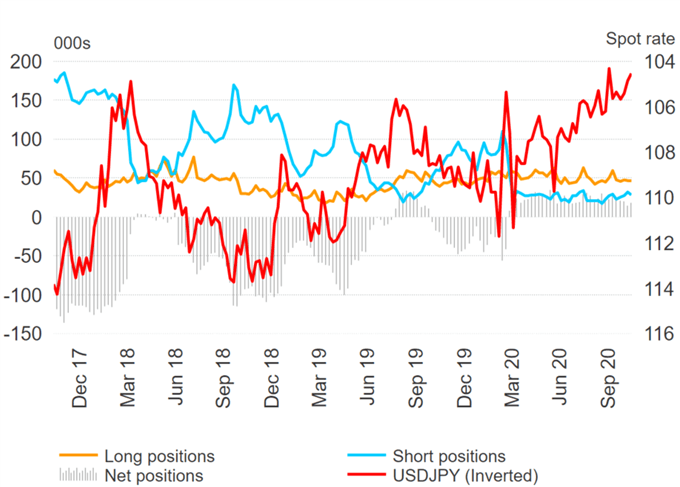 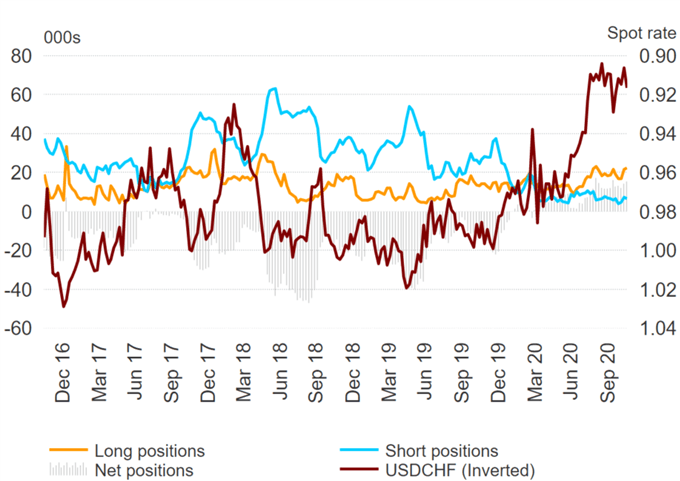 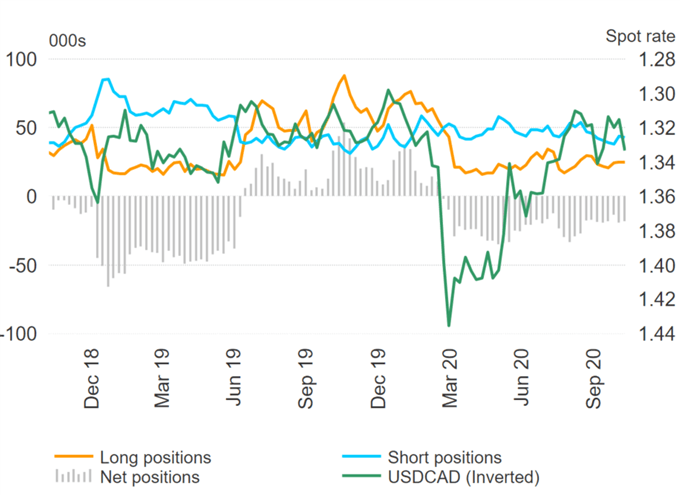 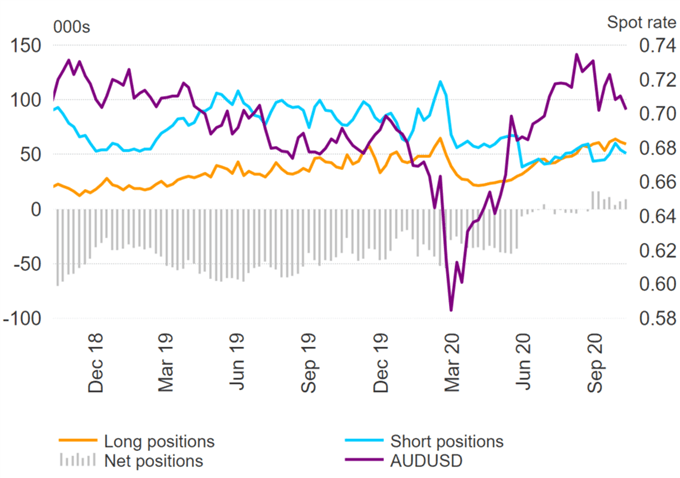 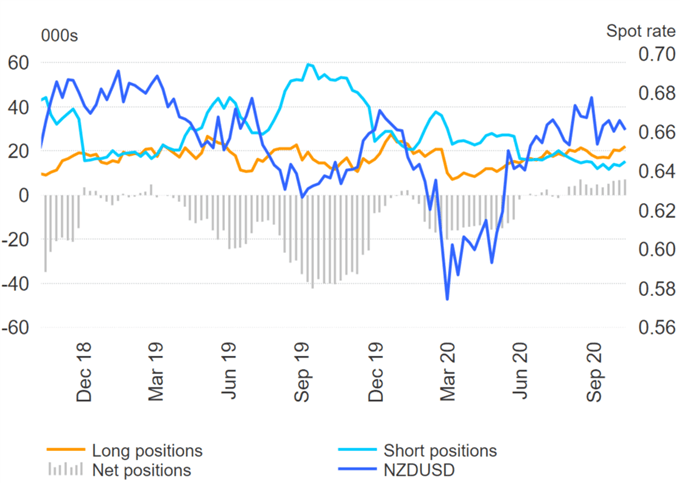