In the week to September 1st, speculators had slightly pulled back on their bearish bets in the US Dollar which were cut by $661mln vs G10 FX. This had largely been due to traders reducing their exposure in the Euro with net longs down $2bln to total $29.291bln. That said, positioning remains extreme in the Euro with the 5yr rolling Z-score at 2.3 and thus there is a room for a mean reversion in long positioning, particularly as the ECB have begun to verbally intervene with regard to Euro strength.

Marginal positioning change in the Pound with non-commercial net longs up $68mln. However, fast money leveraged funds did slightly take risk off the table in the Pound ahead of crunch talks between the EU and UK over trade. As it stands, while the no-deal risks have been heightened given the current impasse, I remain of the view that we are still in-line with the 2019 Brexit playbook in which political invention will take (much like October 2019) place in order to pave the way for an eventual agreement.

The Japanese Yen saw notable inflows with speculators boosting their net longs by $718mln, perhaps partially reflecting the reaction to PM Abe’s resignation, who had been the architect behind Abenomics, which supported a weak JPY and boost in Japanese equities. However, with Japan’s Chief Cabinet Secretary, Suga, emerging as the frontrunner to replace Shinzo Abe, policies in-line with Abenomics will be here to stay and thus keep the Japanese Yen from significantly strengthening in the short run. USD/JPY 105-107 range to persist. 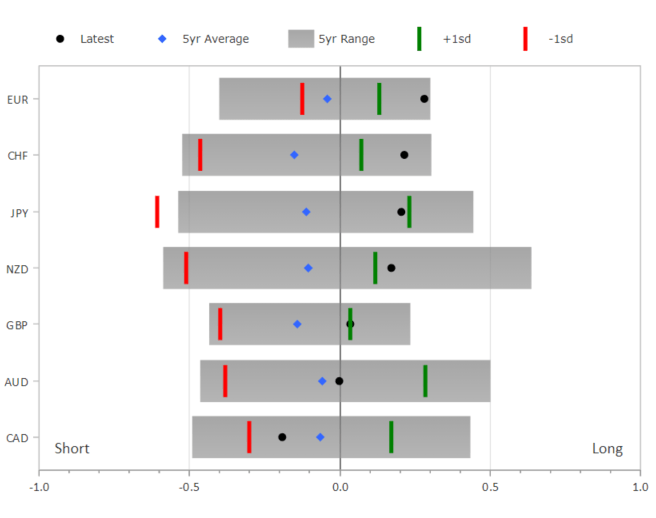 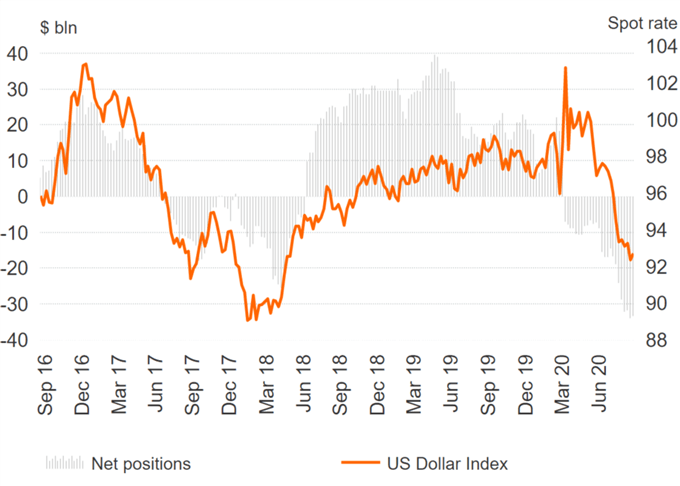 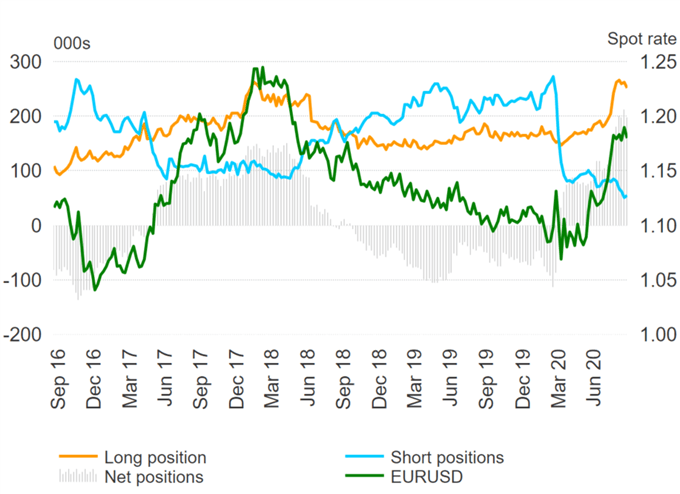 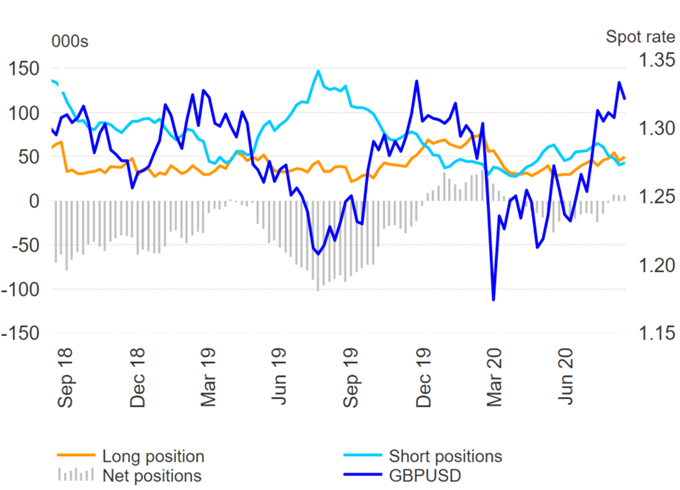 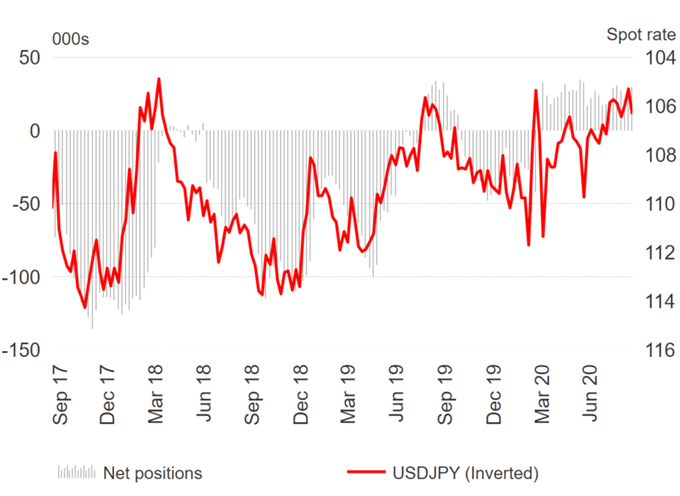 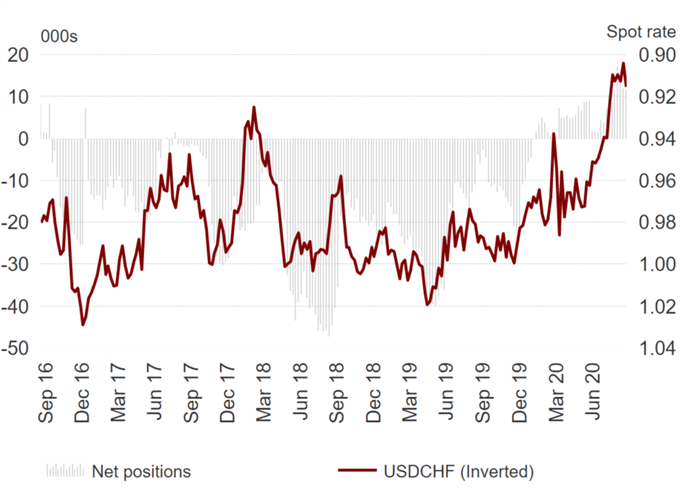 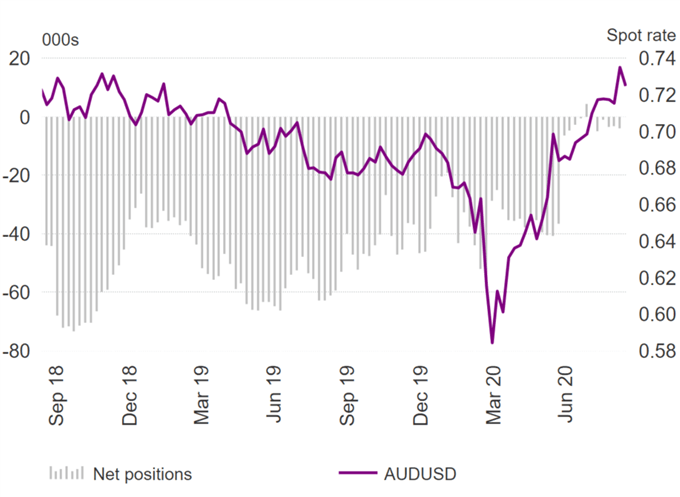 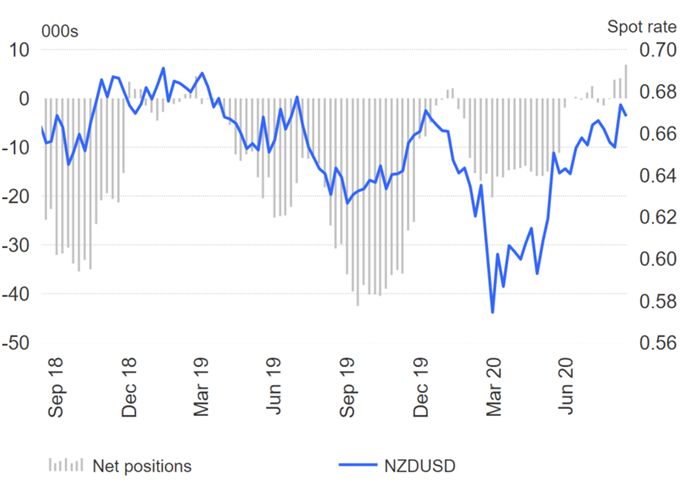 EUR/USD Short-term Chart Setting Euro Up for a Move