The Office for National Statistics confirmed that the UK economy had contracted by 20.4% for the second quarter of 2020 (April – June), slightly better than the -21.2% estimate. The official data places the UK into a technical recession ( two consecutive quarters of negative growth), but there was some good news in the monthly data.

The June GDP figure reflects that the UK economy expanded 8.7% when compared to May, which largely reflects the positive economic impact related to the easing of lockdown regulations.

The UK has been particularly hard hit this year an this can be seen when comparing the first half of 2020 with its peers. The UK has witnessed a fall of more than double that experienced in the US over the same time period of (-22.1% vs – 10.6%). 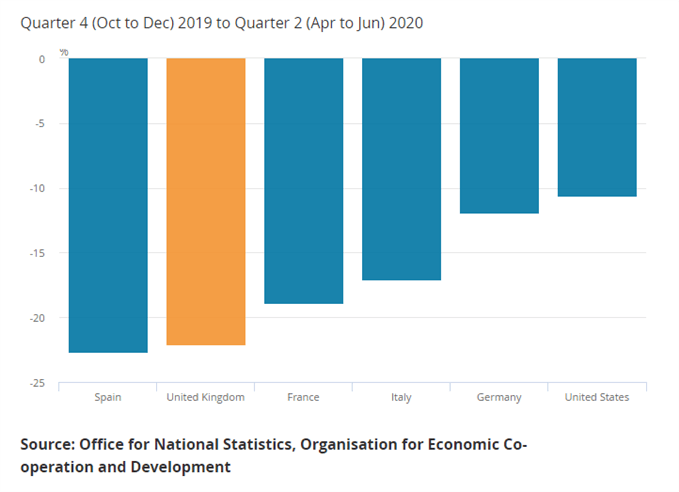 Learn what to consider for when trading around the news

The currency pair has halted the multi-month bullish trend recently and has broken below the corresponding trendline support on the last day of July. The first week of August, however, saw price approach the trendline once more, this time as trendline resistance, and failed to break higher.

The failed move has helped to form a second lower high since the June swing high, hinting at possible buyer exhaustion. Should this be the case, bears will look for a close below the psychological 0.9000 level which opens the door to a potential drop towards the 0.8940 level. 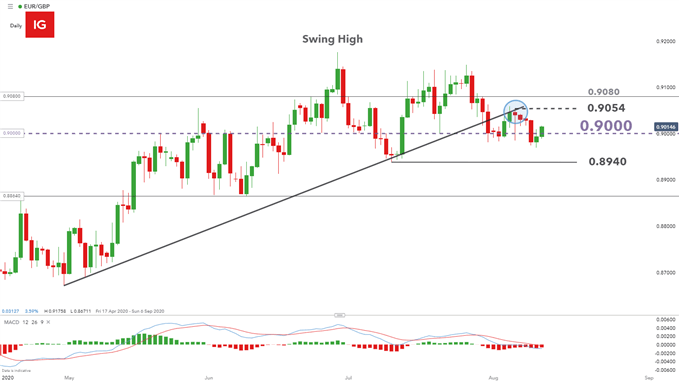 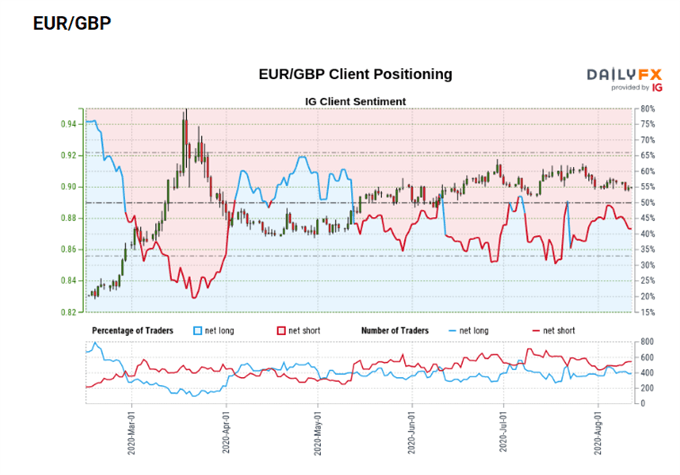 What is it & Why Should Traders Care?