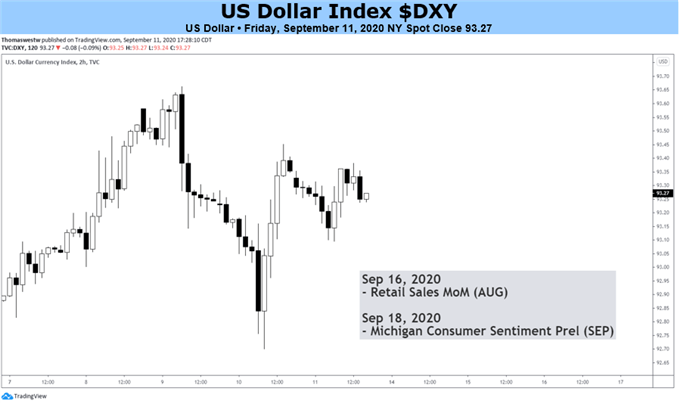 Since the beginning of the month, the dominant theme has been an unwind in consensus trades, namely the Euro and the Nasdaq 100, in which the latter has posted a 10% correction from the all-time high recorded on Sep 2nd. In turn, the renewed bout of volatility has provided a new lease of life for the greenback. However, the question is whether this is the beginning of a material rise or merely a corrective move, I side with the latter. That said, as the US election approaches the broader risk environment err on the side of caution.

Going forward, focus will shift on the Federal Reserve monetary policy meeting (Wed 16th). However, with Average Inflation Targeting announced at the Jackson Hole Symposium, expectations are for the Fed’s guidance to be altered to reflect their new mandate by maintain interest rates at low levels until the committee remain confident that inflation run above 2% for some time. Alongside this, dot-plots are also likely to remain relatively unchanged. 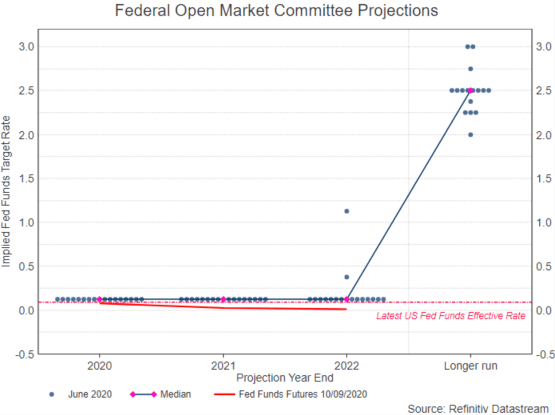 ECB May Have Just Co-Signed Euro to Another Retest of 1.20

The hot topic for the ECB meeting had been what is the committee’s view on the appreciation in the Euro in light of jawboning from Chief Economist Lane. While an ECB source report at the time of the press conference stating that the GC would look through Euro gains prompting a bid in the Euro, this had been largely offset by Chief Lagarde who noted that they will monitor the Euro carefully. However, with the ECB showing apparent ease with the gains in the Euro and not wanting to engage in a currency war, the central bank may have just co-signed a another move towards 1.20, thus capping the recent advance in the greenback in the run-up to the Fed meeting.

Moves in the US Dollar so far looks appears and with the ECB signalled ease over currency strength, path of least resistance is higher. However, the trigger a move lower in the greenback will be the firm break below trendline resistance, which has the USD afloat for now. In the short term, the US Dollar range is 92.00-94.00.

GOLD PRICE OUTLOOK:Gold prices traded flat after rising 0.76% on Tuesday as bond yields fell alongside the US DollarUS...