On Tuesday, US President Donald Trump inspired risk aversion throughout financial markets as he abruptly called off talks for a second fiscal package until after November’s presidential election. The Dow Jones Industrial Average, S&P 500 and Nasdaq Composite closed -1.34%, -1.40% and -1.57% respectively.

If equities extend losses on rising political and stimulus woes, this could inspire retail investors to chase relatively cheaper stocks. That would consequentially increase upside exposure. This may be depicted via IG Client Sentiment (IGCS) in the short run. IGCS is a contrarian indicator, so what could this mean ahead?

How is IG Client Sentiment a contrarian indicator?

For the time being, the IGCS gauge implies that 30.75% of retail investors are net long the Dow Jones. Net long bets have decreased by 4.5% and 24.7% over a daily and weekly basis respectively. The combination of current sentiment and recent changes offers a stronger bullish contrarian trading bias.

What is the road ahead for equities in Q4? 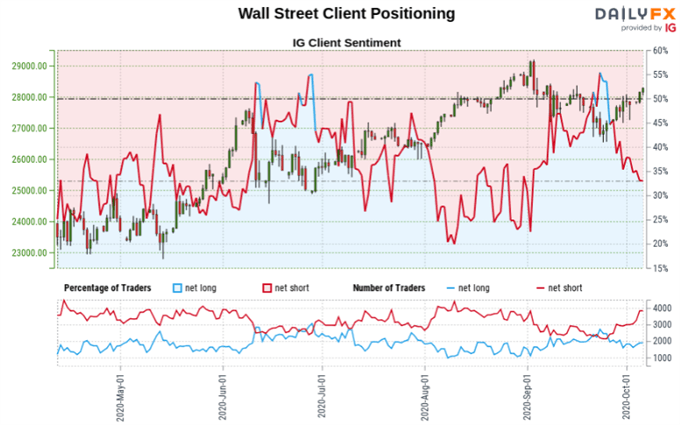 The Dow Jones may still be at risk of a turn lower after the near-term 20-day Simple Moving Average (SMA) crossed under the medium-term 50-day SMA. This has created a bearish ‘Death Cross’ after prices stalled under the 28084 – 28197 inflection zone. Key support sits below between 26407 and 26658. 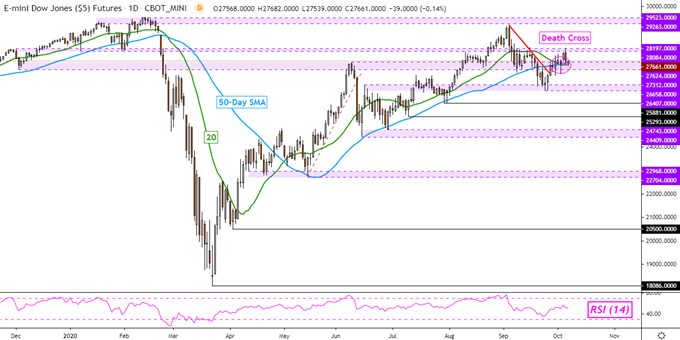 The IGCS gauge implies that roughly 36% of retail traders are net long the S&P 500. Net long bets have increased by 10.69% over a daily basis as downside exposure declined by 6.38%. The combination of current sentiment and recent changes offers a mixed trading bias.

How can trader positioning impact the S&amp;P 500?

What Do Other Traders Buy/Sell Bets Say About Price Trends? 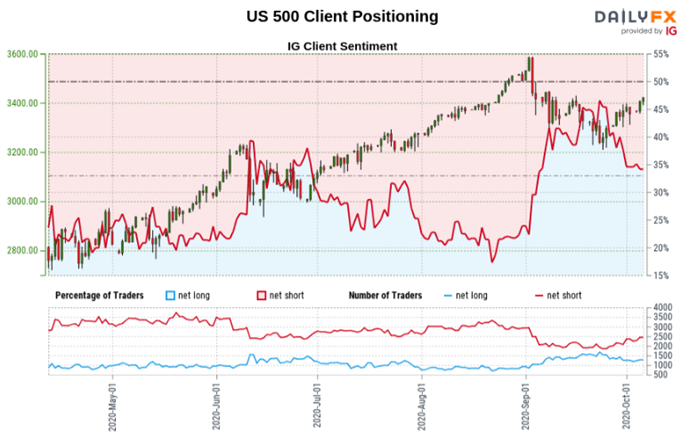 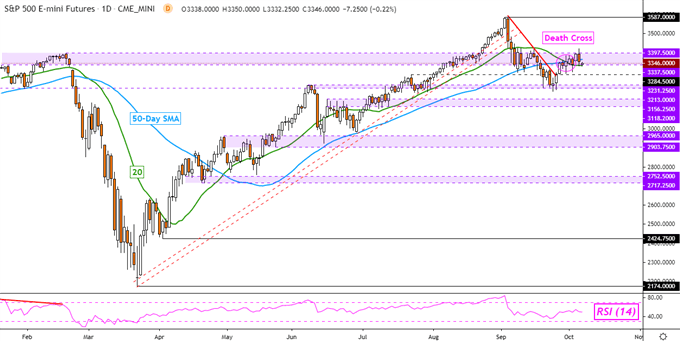 The IGCS gauge implies that about 36.77% of retail investors are net long Germany’s benchmark stock index, the DAX 30. Net long bets have decreased by 21.74% and 11.65% over a daily and weekly basis respectively. The combination of current sentiment and recent changes offers a strongerbullish contrarian trading bias. 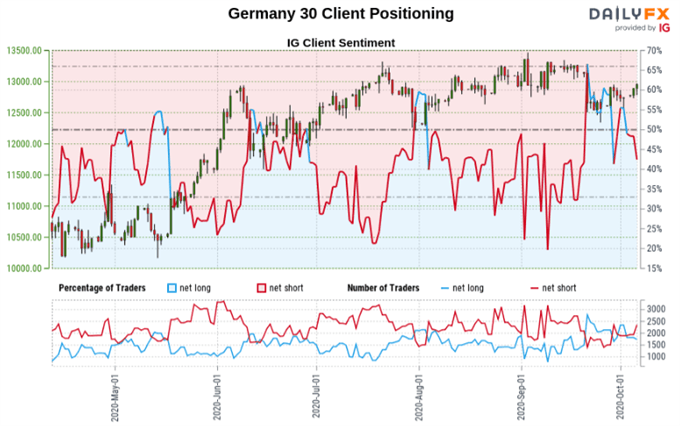 DAX 30 futures recently rejected the 12882 inflection point. The index could be at risk of a turn lower following the breakout under a bearish Rising Wedge. That would leave prices facing key support which is a range between 12199 and 12336. A push higher exposes the floor of the wedge as potential resistance. 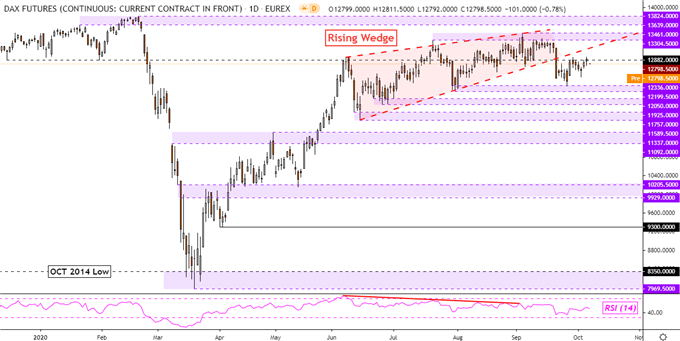 USD/JPY Technical Forecast: BullishUSD/JPY started the week by continuing the prior week’s jump, but prices soon ran into a...